For you, with Czech or Slovak roots, and Czech Republic or Slovakia lovers 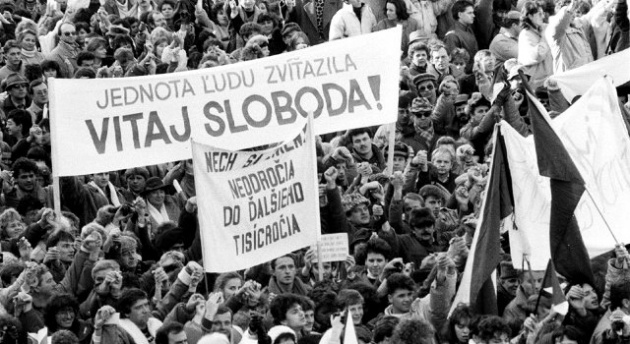 Today we commemorate the anniversary of the Candle Manifestation, which took place on March 25, 1988. People in Bratislava, Slovakia (Czechoslovakia in that time), calmly with  candles in their hands expressed protest against religious and political opression. Police intervened with batons and water cannons.

The television broadcast Angelika very popular movie to get people’s  attention. Some people, including foreign journalists, have been arrested. The main organizers, Ján Čarnogurský, Vladimír Jukl and other state officials, were detained throughout Friday to prevent them from joining the assembly. František Mikloško was released only after 48 hours. The police guarded Bishop Ján Korec and Silvester Krčméry at home that day.

The brutal intervention against the silent prayer demonstration provoked resistance in the democratic world. The news about the Bratislava event was broadcast by the BBC, Voice of America, Free Europe and Vatican Radio. On the contrary, domestic state propaganda published a report on an allegedly unsuccessful attempt by some individuals to abuse people’s religious feelings.

I enjoy preparing events from the beginning to the end.